Don't forget Saturday is the Spring Meeting in Teague at First UMC.  Our speaker will be Jerri Savuto, retiring missionary from Kenya.  Be sure and come hear a great story teller.
Posted by meb at 6:10 PM No comments:

Saturday, March 26, was a special day for the Northwest District United Methodist Women.  The district met at Fairwood UMC for its district spring meeting.  The Fairwood unit served a delicious brunch to the fifty or so women in attendance.  Suzanne McDougle, District President, welcomed everyone to the meeting.  Once brunch was over we moved to the sanctuary for the program.  The district remembered those who died in the last year with an In Remembrace service.  Women were invited to share their memories of the women in their unit who had died during the year.
We also shared from Response magazine and the Prayer Calendar.  There was a report from the Legislative Event held in Austin in January.  Certificates for Mission Today accomplishments were given to the participating units and those participating in the reading program were recognized.
Doris Finley, District Vice President, introduced the keynote speaker, Jennifer Sample, Executive Director of the Methodist Mission Home in San Antonio.  Ms. Sample shared with the group the history and progress of the Mission Home.  Ms. Sample shared much literature and a CD about the home.  Everyone found the meeting very informative.
Posted by meb at 4:43 PM No comments:

Human trafficking is the second largest and fastest growing criminal industry in the world. More than 12 million people around the world are coerced, kidnapped, and forced into prostitution or bonded labor. Fifty-six percent are women; two million are children.


You are invited to participate in a live webcast on human trafficking.

The Athens United Methodist Women is sponsoring a Luncheon and Style Show on April 29.  This is an annual fundraising event which is well attended and many mark on their calendar and look forward to.  Tickets are $15 and you should call ahead for reservations:  903.675.5161.
Posted by meb at 10:53 AM No comments:

The Northwest District UMW will meet on Saturday, March 26 at Fairwood United Methodist Church in Tyler.  The speaker will be Ms. Jennifer Sample from the Methodist Mission Home in San Antonio. Instead of lunch this year, the meeting will begin with a Brunch at 9:30 a.m. so don't be late.  Registration will begin at 9 a.m.  You will want to be a part of this great day. Please put this on your calendar today. Let District President, Suzanne McDougle,  know how many are coming from your unit by March 22.
Posted by meb at 3:02 PM No comments:

Don't forget March 5 is the day for UMW Spring Celebration at Lakeview.  Join the fun and share in the Joys of Sisterhood.  The Duputy General Secretary of the Women's Division will be the keynote speaker.  You won't want to miss that.  See you there.
Posted by meb at 2:04 PM No comments:

Training for all local officers of United Methodist Women in the Northwest District will be in Van on Saturday, January 15.  Come join us.  Your district officers will be there to share with you as you share with them and the other officers in the district.  This is a good time to get organized and ready to serve you unit and to get new information and ideas.   Registration between 9 a.m. and 10 a.m. at Van United Methodist Church.   Look forward to seeing you there. 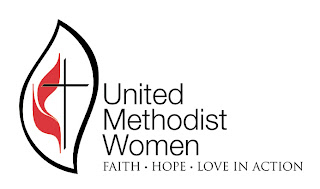 
Welcome to the new Northwest District UMW blog. We can use it for news of local units, upcoming events, anything about United Methodist Women affecting our district. We're counting on everyone to contribute.